DSLR stands for digital single-lens reflex camera. It reflects the light coming from the lens through a prism (or a series of mirrors) into the optical viewfinder. When you press the shutter, the mirror flips up so that the light passes directly to the sensor instead of the viewfinder. 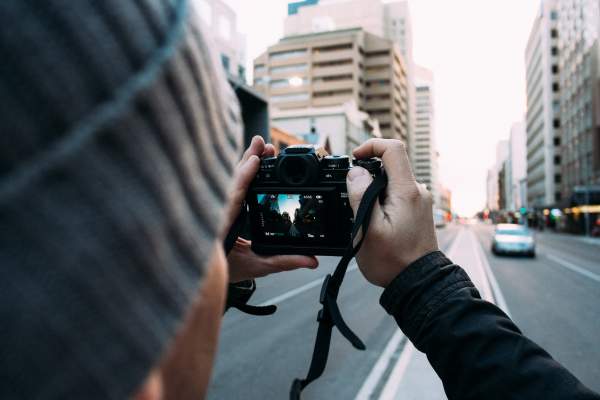 Unlike DSLRs, mirrorless cameras don’t have, well, mirrors. Rather, the sensor is exposed to light all the time, which creates a digital preview of the image on the electronic viewfinder or LCD screen. If you use a point and shoot, then you’re already using a mirrorless camera. However, photographers usually refer to interchangeable lens mirrorless cameras as simply ‘mirrorless.’

Mirrorless cameras are smaller than DSLRs, but feature the same size sensors, which make them great for travel and street photography. However, some photographers argue that mirrorless cameras have weaker autofocus than their DSLR counterparts, as well as shorter battery life. For mirrorless users just starting out, we recommend the Canon M50 or a Sony a6000.

Kit or ‘starter’ lenses come with the camera body. While they’re fine to get started, kit lenses are usually slow with poor image quality. Instead, we recommend picking up one of the following interchangeable lenses to go with your DSLR or mirrorless camera.

Standard lenses typically range from 35mm to 85mm – i.e. mid-range focal length. They create images that appear natural because they feature an angle of view that is roughly the same as the human eye. They are the most popular type of lens, as they can be used for snapshots, portraits, landscapes, etc.

Telephoto is a long focus lens that brings far objects closer. Unlike a point and shoot zoom, which enlarges portions of the image, a telephoto lens magnifies the image. Typically, telephoto lenses lenses are 100mm and greater. As a rule, the longer the lens, the greater the magnification of the image. 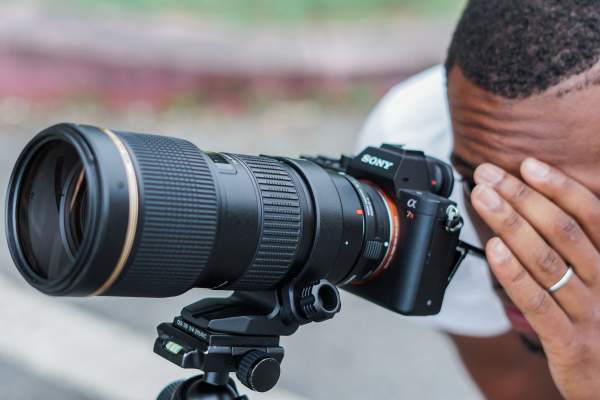 Macro lenses focus from infinity to 1:1 magnification, which means that the image reproduced on the sensor as the same size as the image in real life. Photographers use macro lenses for up close photography.

Taking the jump from a point and shoot to an interchangeable lens camera is no small feat! Choosing between a DSLR and mirrorless, and then picking out your interchangeable lenses, there are quite a few new considerations. We recommend starting with standard lenses before you branch out. Between mirrorless and DSLR, it’s all about what you want. If you want smaller, go with mirrorless. If you’re looking to get started with longer battery life and faster autofocus, DSLR is for you.